In this article, we will understand Mediator Design Pattern. This pattern is categorized under behavioral pattern as it can alter the program’s running behavior.

To understand this pattern we will take an open portal example. In this example portal will act as a mediator and it will share the messages across users in the open chat room. 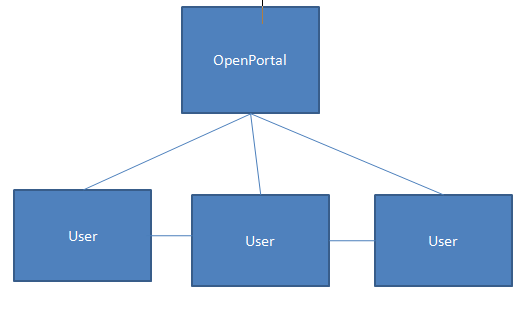 For illustration, we can have our portal class with a simple static method that will show a message.

Note above class has a single static method which displays which user has sent the message.

Let us define our portal users:

The user class has a sendMessage method which in turn uses static method exposed by the portal to broadcast message.

Running this demo is as easy as eating an apple pie 🙂

We have created 2 users and these two users broadcast messages in the chat room.

In this article, we understood Mediator Design Pattern with the help of a simple example. The source code is available in our Github repository.