Micronaut Framework is one of the recently introduced JVM-based framework for building lightweight, modular applications and microservices.  In this article we will briefly take you through some of the Micronaut features. This framework is introduced at a NFJS conference in 2019. Why would software developers need yet another a microservice framework as there are already lots of options available with them.

What could be so new about Micronaut ? How its different than Spring, Let’s find out the more about it…..

Is another Microservice Framework required?

There are many new frameworks able to address trouble areas in older frameworks that had to build-in support for non-microservice application development. Three such areas that Micronaut address are:

Micronaut is the tool that addresses common challenges and increases developer productivity and satisfaction which is going to make java development easier. Micronaut is an open source framework which is created by Graeme Rocher and his team. The team which built Grails Frameworks

Micronaut is the reactive and lightweight modern JVM framework designed with microservices and cloud computing. With the productive features of GRAIL Micronaut supports Java, Kotlin and Groovy development. As a built tool it supports both Maven and Gradle. It has similar feature like Spring.

With above all features micronaut becomes a very promising framework which can be used to build the microservice.

After following above steps, open command prompt and issue command as below-

If you see somewhat above screen that means you have successfully installed Micronaut on your machine and it can be used for project creation.

Below commands can help you to create a working project-

We will create a Simple CRUD application. We are creating an app using Micronaut Command line interface (cli). By default it uses gradle, but we will use maven. Run below command –

Now you can see the folder by name microworld with structure 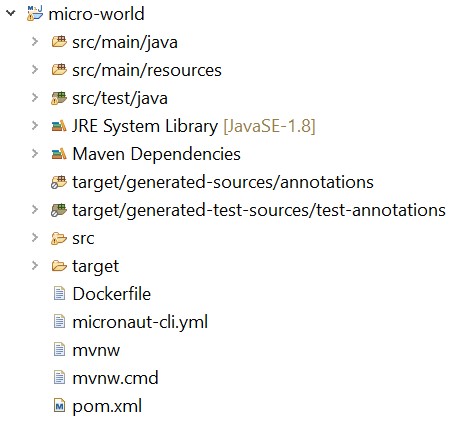 In order to create a microservice that responds to your command you first need a controller.

Our app will be simple CRUD application, we will use a Map to keep our data for demo purpose.

The class is defined as a controller with the @Controller annotation mapped to the path home.

HttpStatus.ok is returned as result.

After this, we will define a dummy service around this domain object.

Now the important part, we write our PersonController.

The controller exposes and endpoint /person/add and /person/get. The end points are pretty much self explanatory.

To start the application, run below command

You can test the application in your browser like

Similarly, you can check the API in Postman client – 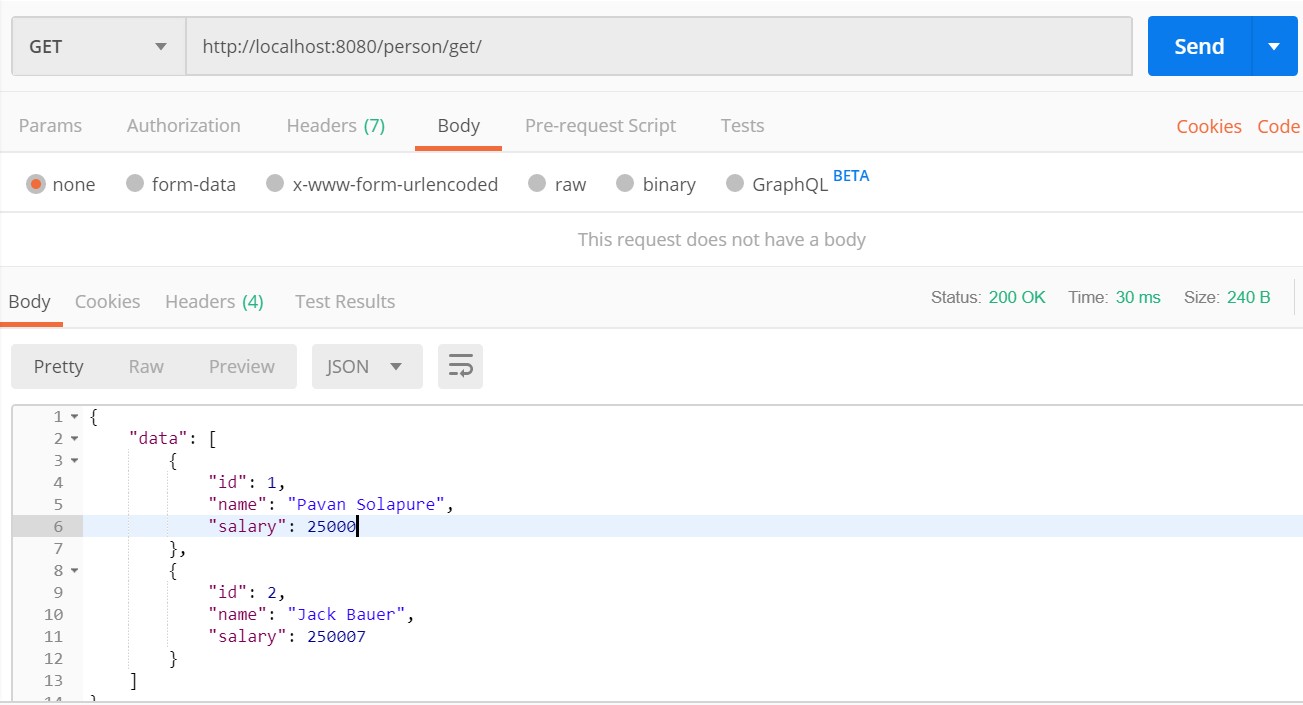 From this small demo application you can see on your own that how simple and fast it is to develop a application using Micronaut.

Micronaut processing speed is direct impact of fast data access as well as reactive asynchronous invocations. It offers a similar programming model as Spring Boot or, Grails do. Developers coming from those frameworks, who are looking for a framework to use in a distributed architecture, now will enjoy a fast and familiar learning curve.

This will enable you to easily transition from existing application to Micronaut. We have seen the basic of the micronaut features but there are lots to explore. You can also visit the official guide to learn more.